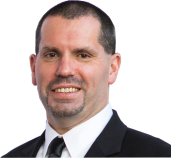 His experience includes four years as a marketing and public relations associate at George Street Playhouse, a world-class, regional theater located in central New Jersey. Previously, he was a consultant for a small public affairs firm for which he engaged in research and development of communication plans and related materials, such as fact sheets, project web sites, mailing lists and newsletters,. He also planned and executed related open house events pertaining to controversial projects and emotionally charged issues.

For five months in 2013, he was employed by a large trade association as a temporary communications specialist, writing press releases, magazine columns, newsletters, e-mail alerts, op-ed pieces and promotional copy. He also assisted with media relations and other duties, as needed.

Brian previously served as public affairs coordinator for another trade organization and also spent six years at a private university, where he worked as a public relations staff writer and web content manager before serving as associate director of publications and managing editor of the university’s quarterly alumni magazine. Brian has also served as a public relations/marketing associate for a medical device manufacturer and as a writer for a sports news and information web site.

A musician in the loosest sense of the word, he dabbles in songwriting as a hobby. However, he has played organ, accordion, piano and various percussion on stage and in the studio with his longtime friend, singer-songwriter Christian Beach.

Brian hosted and produced a series of interview-based podcasts called Tandem With The Random from January 2011 into summer 2014. This followed his previous podcasting venture, Technology and the Arts, which ran regularly from December 2006 through December 2008. In late August 2012, Technology and the Arts was revived as a weekly, live webcast that was later repurposed as a standard podcast.

Born in Edison, N.J., Brian grew up in Brick, N.J. After receiving his associate’s degree in print and broadcast journalism from Ocean County College in Toms River, N.J., he went to Rider University, where he received a bachelor’s degree in journalism (public relations track) in 1997. He earned OCC’s Bosley Award for Excellence in Journalism and Rider’s Ferris Award for Excellence in Journalism prior to graduating from each of the respective schools.

Brian is married and lives with his wife and two young sons in Mercer County, N.J.

Just saw a CBSPhilly report on last Sunday’s Philadelphia Marathon on YouTube and realized I make a very brief appearance at the 1:11 mark.
Instead of taking PATCO into Philly for the marathon like I usually do, I dusted off my SpotHero app and reserved a parking spot for $15 (they gave me the spot for 12 hours) at a lot at Broad and Spring Garden, which — and this was key — well north of the race course/road closures. It was about the same distance as between the 15th/16th & Locust stop and the race entrance, BUT it also led me to what is apparently the least-used security checkpoint and porta-potties. It was smooth sailing to get in. Also, it allowed me to catch a glimpse of my beloved Divine Lorraine Hotel and this incredible mural adorning the building next to the parking lot.
The first 17 miles went really well…the rest was a disaster. #running #strava #phillymarathon
This is weird…not even 6 a.m. and I’m through the security checkpoint and in the warming tent at the @philly_marathon …already setting a PR today.
The warmer weather was a nice, little pre-marathon test and I feel I met the challenge. Still found a comfortable groove at just over 10:30/mile and felt like I could continue at around that pace for a few more miles before pulling back a bit. My target pace for the marathon is 11:20/mile overall. My PR is 11:06/mile in the 2017 Philly Marathon (4:51:22), so I know I’m capable of this. Just have to do it. #running #strava #phillymarathon #training
Just a quick 5K-distance run to keep my legs fresh. My body is finally remembering how to run. The ~9:45/mile pace wasn’t something I pushed for…my body found a groove there and that became a comfortable cruising speed. If I can do THAT for the first 10K before pulling back to 10-10:30/mile for the next 10 miles, I’ll be in good shape for the last 10 miles on Sunday. #running #strava #phillymarathon #training
Loading Comments...
%d bloggers like this: