This is somewhat delayed, but I just wanted to post a quick update on my Eagles Autism Challenge 5K run on Saturday, May 19. Despite heavy rain and chilly weather, I completed the run in a little less than 28 minutes. The 5K wasn’t timed and I had trouble getting my Nike+ run-tracker app to start on my phone because of all the moisture on my armband, so I don’t have an exact result.

This was the first year of the Eagles Autism Challenge and, aside from some minor issues, the Super Bowl LII champions produced a championship-caliber event that, at last count, had raised over $2.3 million. It was a very cool thing for participants to get to ride and run right next to Eagles coaches and players like Doug Pederson, Jason Kelce, Nelson Agholor and Corey Clement. And, although I missed seeing them myself, I know Super Bowl LII MVP Nick Foles and starting QB Carson Wentz were mingling with attendees. Also, they did a great job with the pre- and post-ride/run food spreads.

I’ll definitely take part next year, but may do one of the bike rides instead of the run. We’ll see. A big thank you to all who supported me with donations this year.

Here are a few photos I took… 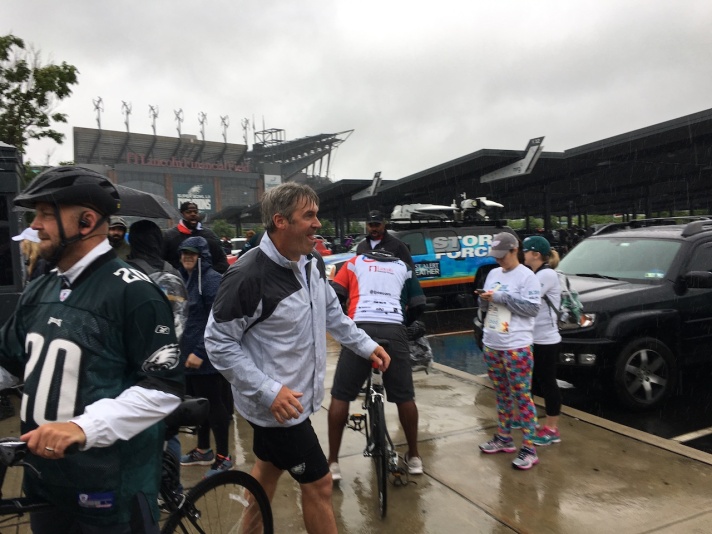 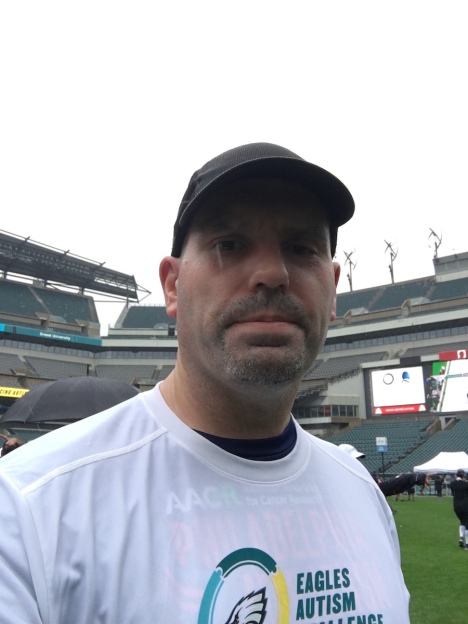 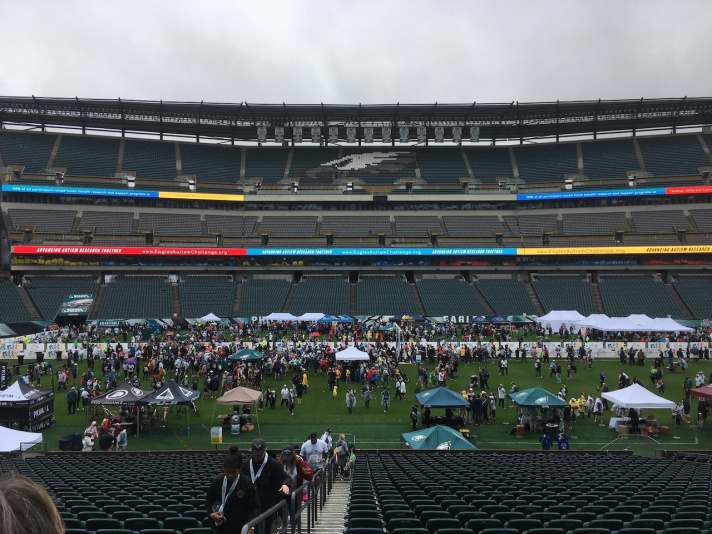